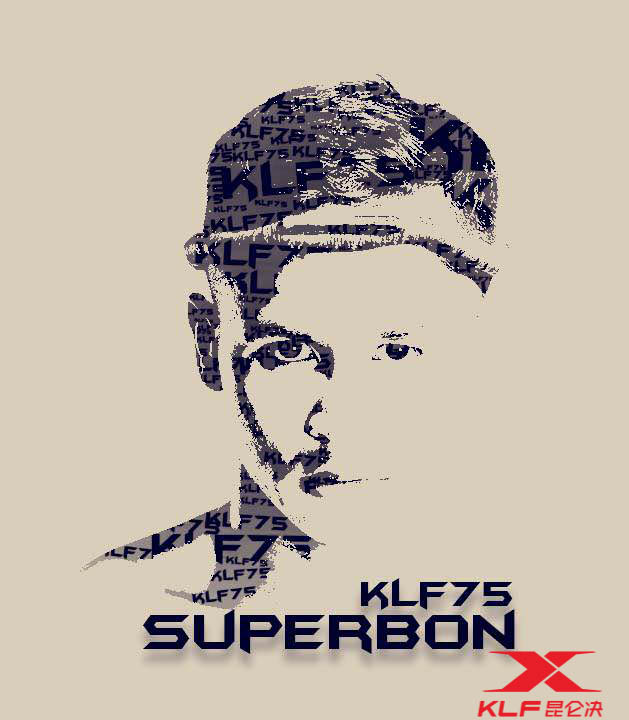 In the sheltered car park of a characterless apartment complex in Bangkok, stands what looks oddly like a makeshift gym. Dingy and weary, a potent blend of Thai liniment oil and sweat  lingered in the air, perpetuated by July’s damp humidity.

On this occasion, a crew of lean, mean fighters populate the facility. The gym’s grubby conditions belies the quality of talent that is to be found here - an international cast comprising kickboxing exponents from Mongolia, Japan, Uzbekistan, Russia, Australia, and other countries. Spotted amongst the hard-training men was Kunlun Fight’s 65kg Chinese pride, Sun Zhixiang. 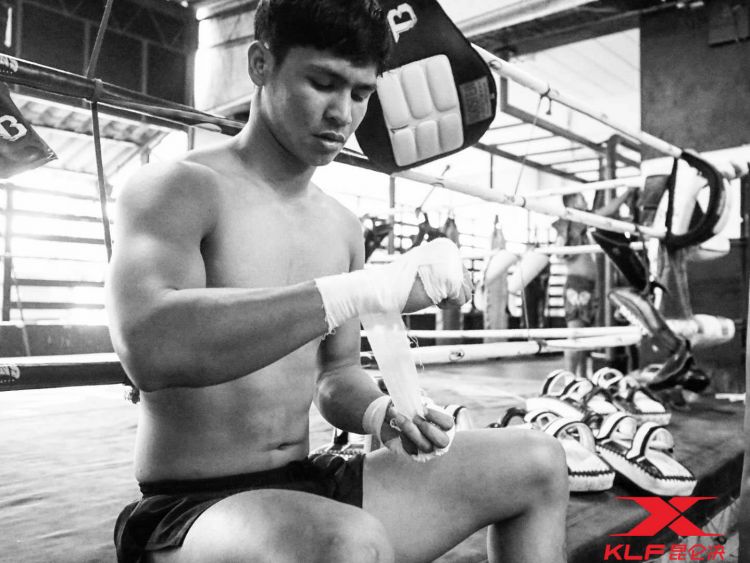 The plot thickens at this point as the famed Superbon Banchamek strolled into the gym, punctuating the rhythm of the training fighters. A gentle smile followed a respectful wai to the trainers and the kickboxing star swiftly disrobed down to a pair of unassuming all-black exercise shorts. The other fighters resumed their respective exercises, while Superbon retreated to a spot and began to wrap his hands in silent solitude. 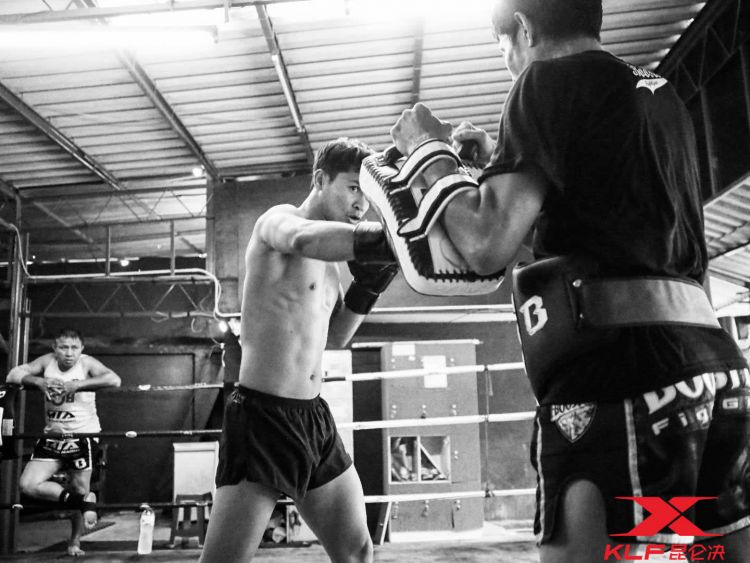 This is Muay Thai Academy (MTA), whose former incarnation as the Rompo Gym was the subject of a series of articles on Vice Sports. While it has remained largely off the radar of casual fans, the camp is renowned among farang fighters seeking to compete on prominent international stages such as the elite Lumpinee stadium, Thai Fight, Max Muay Thai, and of course, Kunlun Fight. MTA also happens to be the newly-adopted Bangkok training gym of choice for Superbon.

For the last six years, Bangkok’s Banchamek Gym served faithfully as the training camp of Thai boxing icon, Buakaw and his increasingly prominent band of fighters that include Superbon. The gym shut down this year, moved to Chiang Mai and rebranded itself as Buakaw Village. The entire Banchamek squad naturally moved along. While the camp’s remote location is ideal for complete immersion in the training without distractions, some of its local fighters opted to shuffle between the Village and Bangkok after years of residing in the capital. Superbon tells us,

“I train here because it’s easier for me. I live in Bangkok, so if I only have limited time to train for my fights, it’s more convenient for me to train here in the city.” 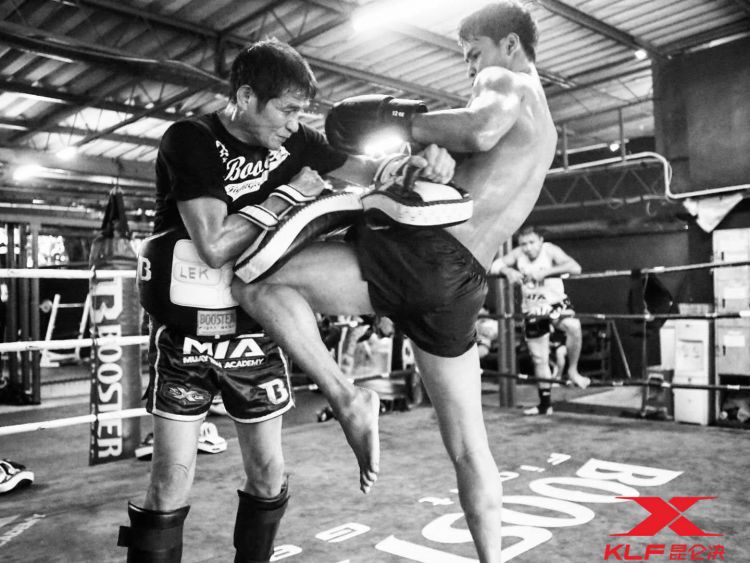 Superbon’s regular pad-holder at MTA is Kru Lek - a veteran trainer on the Muay Thai scene with over 20 years of experience. The respected trainer has coached and helped produce countless world champions such as Dzhabar Askerov. As he worked masterly, intensely and tirelessly on the pads with Superbon smashing away without restraint, it was easy to see why the kickboxing star rests assured in the quality of his time spent here. 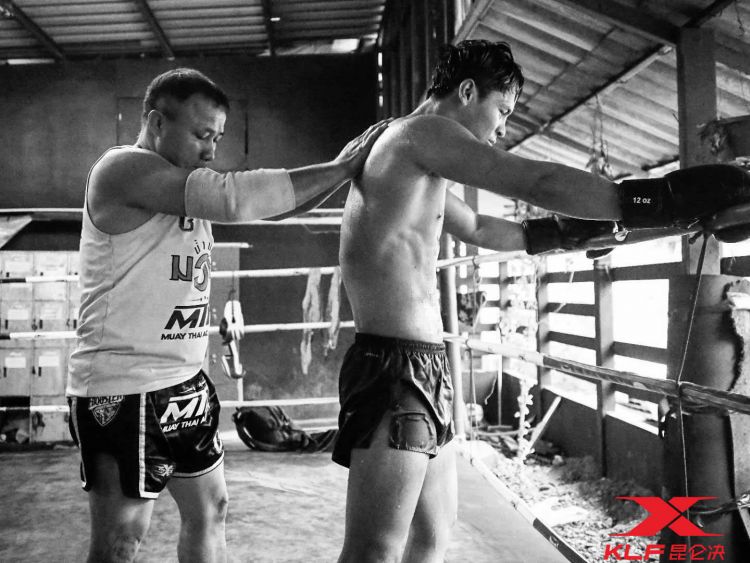 On top of the regular afternoon work with the trainers at MTA to sharpen his techniques, Superbon’s current training regime include weights training, running, or swimming in the mornings. This is a far deviation from his younger days grinding and fighting at Bangkok’s elite stadiums. Thai camps are known for their notoriously brutal training that go on twice a day, six days a week. The archaic training style continues in many camps today who have yet to embrace the advancements in sports science. Superbon shares his views,

“When Thai fighters go for their fights, their bodies don’t function at 100%. They train too hard and there’s little time to recover. I think it’s too much as there is always a risk of overtraining. You need to have a well-rounded training program.” 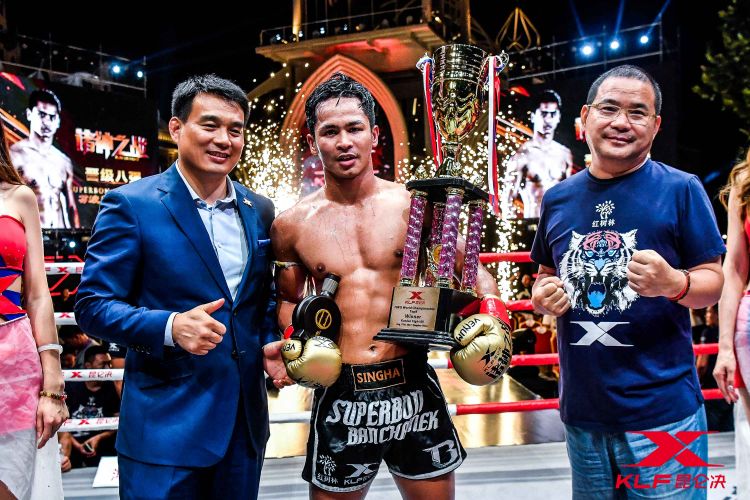 The former KLF World Max champion enlisted in the Banchamek camp around 2013, where he experienced the merits of an appropriately moderate and scientific training program, just as Buakaw did. This was a choice that has benefitted and boosted his career. So far, the results speak for themselves with close to 90% win on his record. 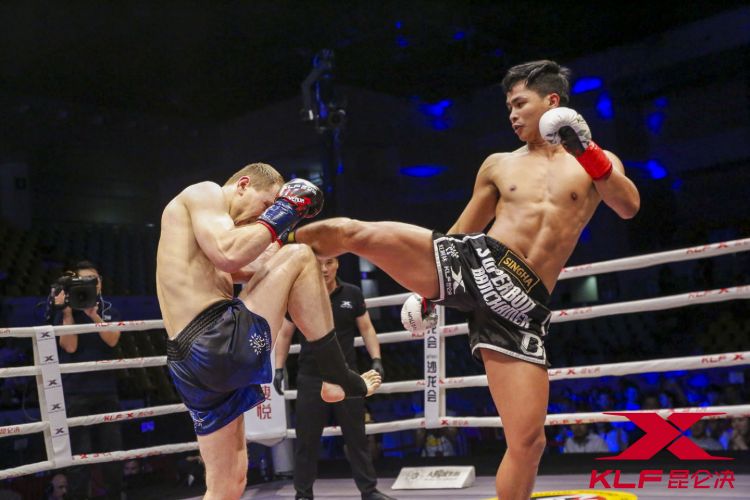 Superbon turns 28 this August. While the majority of Thai fighters retire by this age from the high-level fighting leagues, he continues to compete against nothing less than the best of international opponents. He reportedly receives a minimum of 30,000 dollars for each of his fight appearances - a remuneration that is exceedingly lucrative for a Thai sportsperson. Superbon adopts an optimistic outlook of his career in the foreseeable future, as he shares,

“I think I can fight for at least another 3 years at my current form. I train hard but I also take good care of myself. I go for physical examinations every year and I make sure that I always follow a nutritious diet. Buakaw is 36 and I have 8 more years till then. I don’t know if I will still be competing at that age but if my body can still take it, who knows?”

It’s no secret that Superbon holds a high regard for Buakaw, and frequently cites the Muay Thai icon as his idol and favorite fighter. As one of today’s top kickboxers in the world, Superbon has accomplished enough in his own terms to deserve a place among the modern legends.  Frequent comparisons are made between the mentor and the protégé and one can only imagine the dynamites that might set off should the 2 ever cross paths in the ring. While a fanboy can only fantasise and speculate on this dream matchup, Superbon’s own take on the outcome doesn’t come as a surprise:

“If we fight at our peak, Buakaw will definitely win. At the peak of his career, I don’t think anyone can defeat him. He has too many tasks on his hands nowadays but if he trained really hard like he did during his K1 days, there isn’t anyone who can beat him even today.” 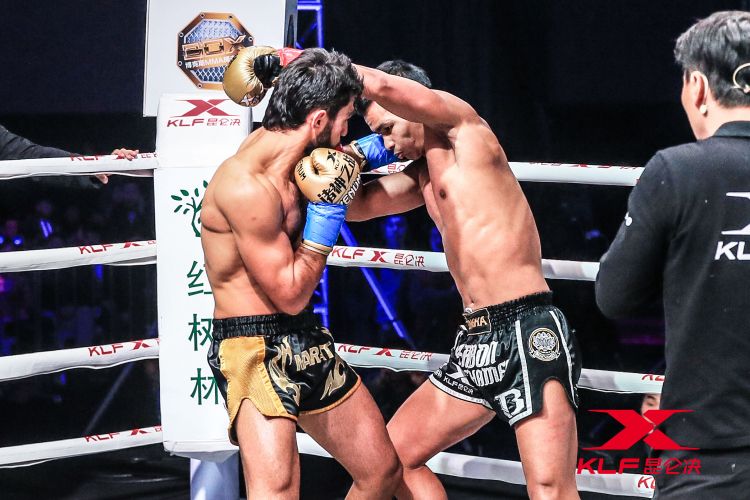 One would venture to guess that the one opponent that Superbon would truly like to beat now would have to be Marat Grigorian. That fateful night of Superbon’s devastating loss to Marat in the KLF World Max tournament final left a blemish on his impressive record accumulated painstakingly over the past 2 years. Touching on this sensitive topic, Superbon’s response was surprisingly nonchalant and candid. He speaks matter-of-factly, 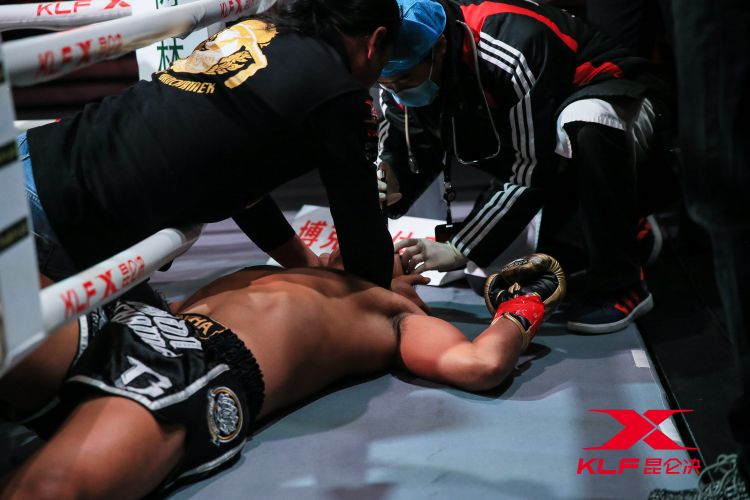 “I was not at my 100% for this fight. After the loss, I went to watch the video of the fight and I realised that I wasn’t fighting in my usual style. I would normally move forward in my fight but in the final with Marat, I was actually moving backwards from his offensive. I wasn’t thinking straight due to the injury in my shoulder.” 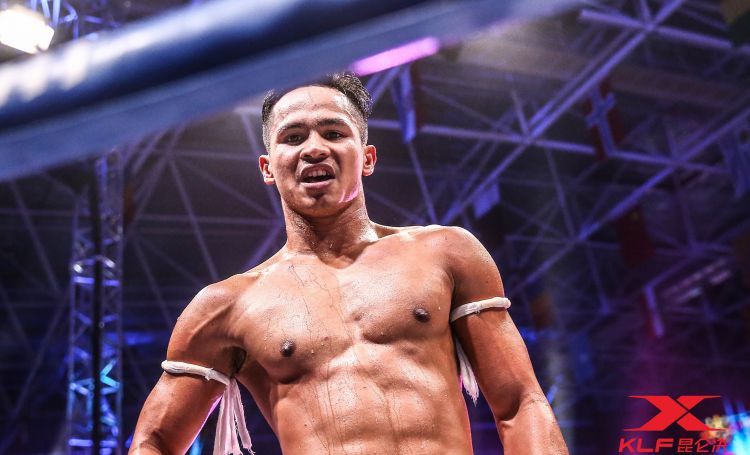 Just 2 months prior to the KLF tournament final, Superbon fought on Enfusion Live 58 in an 8-man marathon tournament. He made it to the finals but was edged out by Dutch kickboxer, Endy Semeleer. 10 rounds of hard battling on that night, Superbon returned to Thailand with a persistent shoulder injury and was not able to train at peak performance for KLF. His form inevitably suffered during this period, and the injury lurked on the back of his mind even well into the finals with Marat. During the fight, he lost his focus and the price was paid.

The crushing defeat did not signal the end of his blooming career but rather, served as fuel to spur him in his endeavour as a professional athlete. Of the misfortune in February, he has pledged to make amends, “I am looking forward to a rematch with Marat. I will definitely win. 100%.” 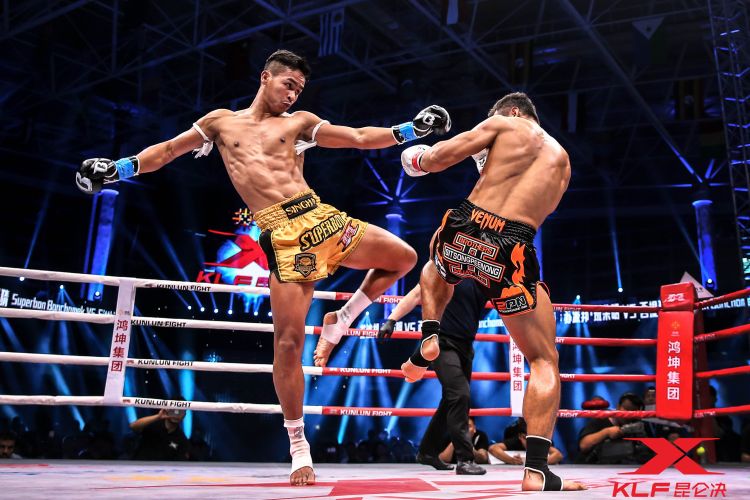 Before he gets to fulfil his wish in avenging the loss, Superbon needs to get in the line. Marat will be taking on another of Superbon’s most formidable rivals, Sitthichai Sitsongpeenong on August 25. When asked to comment on this explosive matchup, the Thai phenom was unequivocal in his prediction,

“There’s no way he (Marat) can win this fight; Sitthichai will win for sure. Marat has strong punching power but a very predictable fighting style. To overcome Sitthichai, you need a wider range of weapons than that. On top of his kickboxing skills, Sitthichai has great footwork and a solid background in boxing.”

Since February’s mishap at the KLF finals, Superbon has quickly resumed his winning ways in both of his recent fight appearances. With his renewed quest for the KLF gold in this year’s Clash of Titans tournament, and a return to competitive Muay Thai on All-Star Fight, it’s hard to imagine how Superbon juggles his training with his personal life. 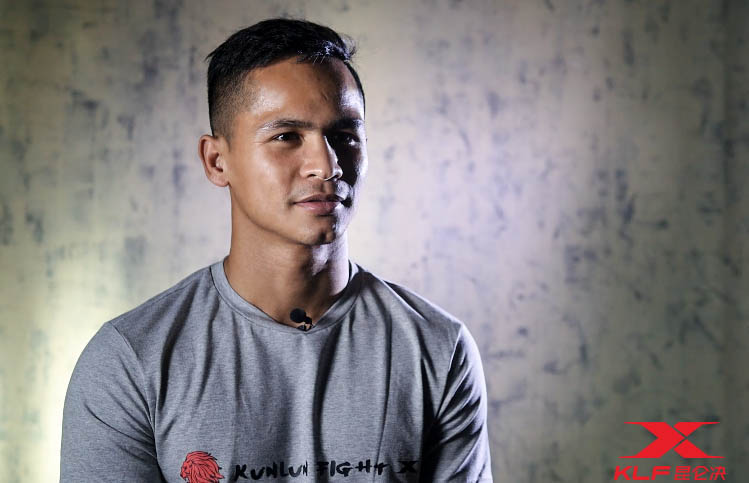 Fans have been curious about the kickboxing star’s life outside of the ring. There have been rumours circulating with regards to Superbon’s dating status. With his boyish good looks, sculpted physique, wholesome image and flourishing career, it may be hard to believe that the kickboxing star isn’t seeing anyone at all. He attempts to clear the air,

“I don’t really have time for a relationship because I’m training everyday. There’s hardly any time for party, hanging out, traveling, it’s hard to maintain a relationship with such a lifestyle. So if a girlfriend wants to hang out or travel, it would be difficult as I have no time for such things on a regular basis. I have about 4 days off every month. After fights, I have maybe 3-4 days break but it’s hardly enough for a healthy relationship.”

Superbon is not a fan of partying, rarely drinks and usually volunteers himself as the designated driver for his teammates on social outings. In short, he’s a rare gem of an eligible bachelor. Single ladies, sit up and take notes - here are the criteria that Superbon is looking for in his potential partner at this stage of his life:

“She has to come into my life. If she can join me on my workouts in the gym; exercise and train together; then we go for meals after training, it just might work out. I simply don’t have the capacity to go dating like regular couples so this is as ideal as it can get.” 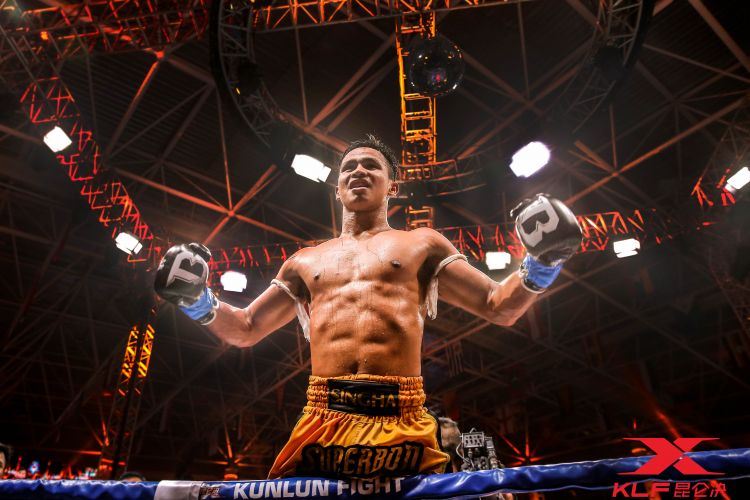 For now, there are more pressing matters at hand for Superbon. In less than 2 weeks, he heads to the final 16 of the Clash of Titans 70kg tournament on August 5 at KLF 75 in Sanya. 16 top elite kickboxing athletes will come together as they battle for their golden tickets to the next round of the World Max tournament, and another step closer to the championship title.

Superbon is ready to embark on his return to the top, and his loyal fans anticipate his reclaiming of the crown as the rightful heir to the throne of the World Max tournament.