Superbon Banchamek: The Road to Redemption

It has been 3 months into the new Kunlun Fight season but memories of the 2017 Clash of Titans finals remain wildly vivid for countless fans. The KLF World Max 70kg tournament concluded on a climactic note when Marat Grigorian beat all odds to seize the gold with a 25-second KO of the former champion, Superbon Banchamek. In what was expected to go the distance, that moment when Superbon’s face hit the canvas remains one of the biggest shocker in the history of KLF and kickboxing sport. A scene that is etched in the minds of fight fans around the world.

The Thai kickboxing superstar was dealt a heavy blow, in more ways than one with the loss. It wasn’t just a missed opportunity in claiming the world title -  the repercussions rippled towards the reputation of Superbon’s camp as well as that of his mentor, Buakaw Banchamek. 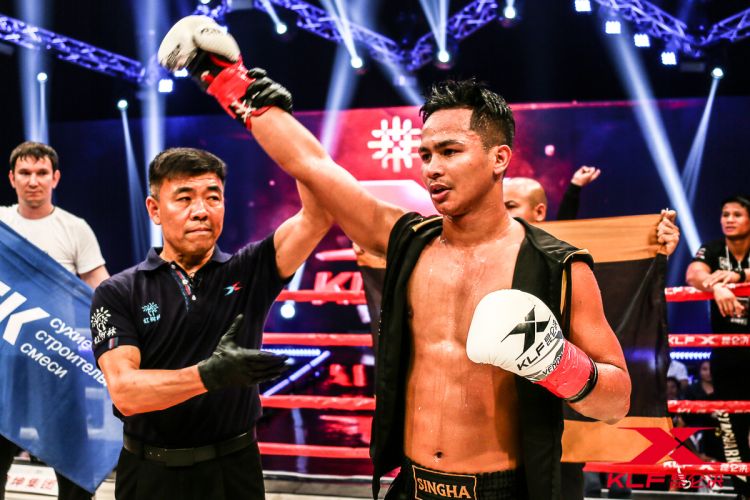 On 1 June in Macau, KLF 75 will mark Superbon’s return to the ring since his defeat to Marat. The coming match bears far more significance for the Thai boxer, as it is a fight of redemption. Superbon’s meteoric rise to the top over the course of the 2016 tournament led to a gut-wrenching fall from grace from which it has been a difficult recovery.

While Buakaw continues to clock up more fights on the world stage, the apprentice has opted to stay out of the limelight and away from the squared circle. Superbon’s social media account is interspersed with images of his time off the gym, perhaps taking the time to reflect over the foiled title quest. He has also been seen returning to visit his family in his hometown. It is easy to harp over his failed tournament campaign but it is truly unfair to ignore Superbon’s near-pristine record in the last 2 years. From 2016 to 2017, he amassed 14 back-to-back wins on his professional record. During this period, Superbon continued to represent Thailand in the IFMA amateur world games where he racked up 3 gold medals. In February this year, he received the Best Amateur Thai Boxer award in Thailand for his outstanding performance. 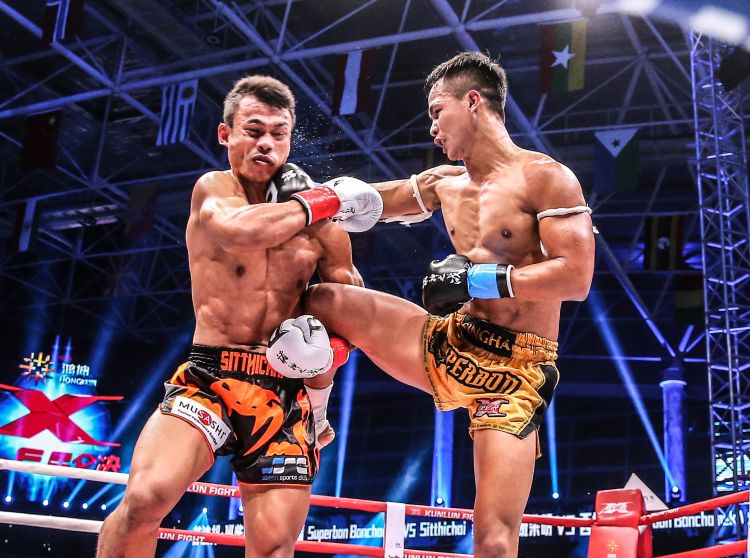 2016 proved to be a notable year when Superbon bounced back from the previous loss to old foe Sitthichai Sitsongpeenong and began his ascent to the crowning glory. He bested Sitthichai along the way to avenge the loss before knocking out another countryman, Jomthong Chuwattana in the finals to clinch the KLF World Max Tournament belt. Superbon acquired a reputation with the Chinese media for his no-holds-barred answers after winning the title. In an interview conducted last year leading up to the finals, he boasted, “I’m feeling completely at ease and relax right now because I already know I’m going to win the tournament.” As we all know, expectations do not always align with reality.

Some critics attribute the loss to a brash and careless self-assurance as exhibited in his interviews. Superbon may have let his overweening confidence went to his head, he is now acutely humbled by the devastating results in the finals. Sometimes the harder you fall, the stronger you will rise. Superbon’s return may prove to signal the coming of a even more powerful contender in the kickboxing world.

The first to stand in Superbon’s path to redemption is a KLF regular: the Belarusian “Bullet”, Andrei Kulebin. Andrei has collected numerous medals and belts over his professional and amateur career. He is considered by many to be one of the top pound for pound fighters outside of Thailand and has faced almost every top dog in the sport. It is safe to say that this will not be the walkover anyone imagined on Superbon’s return.

For weeks now, Superbon has been spotted in Laverton, a suburb of Melbourne, Australia. He is training at the local 8 Blades Warrior Muay Thai Gym with his brother, Kongsak Muensang behind the pads. Perhaps the time away in a foreign land and training with a family member can help soothe the dejection, allowing him to regain his confidence. 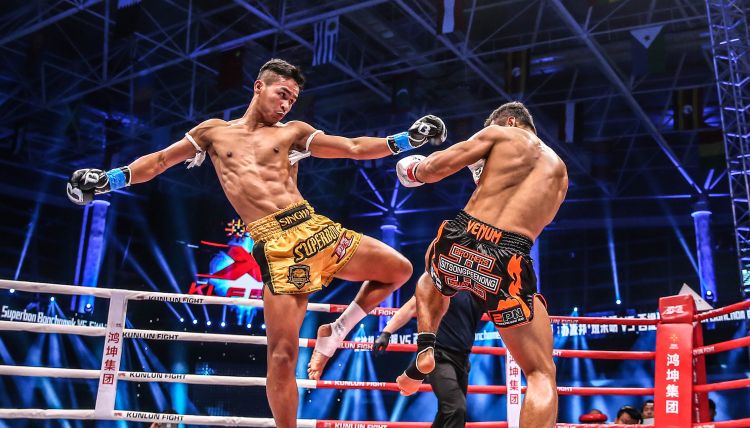 With KLF 75 less than a month away, it won’t be long before Superbon is back at Banchamek gym training alongside Buakaw with his guidance. The camp has since relocated from Bangkok to a rural area in Chiang Mai and the isolated location might provide the ideal environment for the celebrity fighters.

The final 16 spots for Kunlun Fight’s coveted 70kg World Max champion title will consist of 8 qualifying round winners and 8 handpicked candidates. The latter wildcard candidates will include 4 current world-ranked fighters or Kunlun Fight veterans as well as 4 former tournament champions. 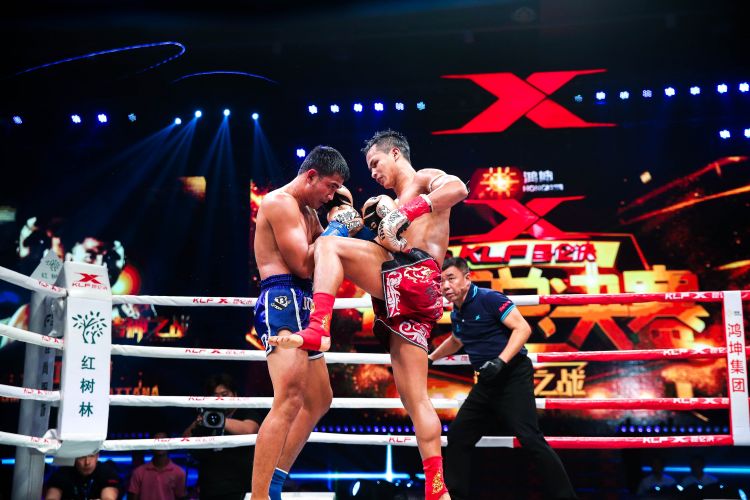 Superbon is now guaranteed a place in the final 16 running for the title as the 2016 tournament  champion. One might draw parallels between Jomthong’s 2017 run and Superbon’s current quest. After suffering a brutal KO defeat at the hands of Superbon in the 2016 World Max finals, Jomthong vowed to exact his vengeance and claim the 2017 title. This said conviction was regrettably and violently smashed in the final 16 round by Marat Grigorian.

It’s difficult to predict if the world will witness a repeat of history or a triumphant return to the top. One thing’s for sure: Superbon Banchamek’s route to redemption begins in Macau and the world knows he has a statement to make. 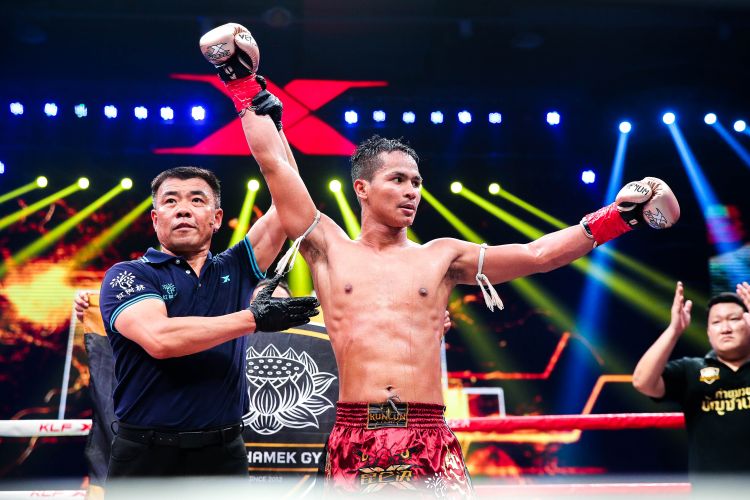 Mark the date on your calendar: Kunlun Fight is set to return to the city of Macau on 1st June for an event like never before.

Kunlun Fight last set foot on the former Portuguese colony back in 2014 with KLF 11. Now with the support from main sponsor, Sun City Group, the promotion is ready to unleash a kickboxing event of epic proportions for local fight fans.

KLF 75 will be headlined by former World Max champion, Superbon Banchamek in his return to the ring after a 3-month absence. The event guarantees to be an action-packed event, bursting at the seams with 13 super fights on the stacked card. It is all thriller, no filler with an international line up boasting the likes of Thai champion Lerdsila Chumpairtour, famous boxer Amnat Ruenroeng, and top Chinese prospects like Lin Qiangbang, Zhang Yang, Zhu Baotong and many others. Don’t miss it!